I think I’ve been channeling more of my energy into baking projects as a distraction from the world’s stimuli. As I mentioned before, I have been feeling quite drained this past while, and I needed the ultimate pick-me-up. I’ve also noticed I have a greater desire to emotionally eat. I wanted to try something a little unconventional than the usual cookies, cakes and brownies: cake pops! Granted, you could just get one from Starbucks, but considering how I resort to sweets for emotional satiety, I’m still actively trying to bake goodies that are healthy but don’t compromise in taste. Besides, this was a perfect weekend mini-project to get in the right headspace.

Right after I baked these, I sent a picture to one of my friends, who asked me how I made them. Here’s how I replied:

Bake a cake and then mash it up. Add a bit of frosting or milk and mix it up until it has a dough-like texture. Then, roll them into balls, let it set in the fridge, and then dip into chocolate.

After I explained it to her like that, I realized how strange cake pops actually are. You first bake the cake, only to mash it up? It even felt so wrong to take the cake out of the pan and then crumble into a bowl to mix into a dough. Regardless, the end result was fantastic and that’s the important part.

Anyone who knows me well knows that I adore red velvet. It’s not just a chocolate cake with red food coloring — what makes it unique is the addition of buttermilk and vinegar. I don’t know the exact science, but something about those two ingredients elevate red velvet to a whole new level, both flavor, and texture-wise.

I’ll admit, I cheated for this recipe — I used store-bought cake mix to save myself a little time. However, I didn’t prepare it the way it says so on the box. I replaced the oil with my current favorite baking ingredient: greek yogurt!! It’s been my go-to way to add a punch of nutrition and protein to my desserts!

I was initially concerned that not using frosting will affect the cake pop’s texture negatively. After many google searches of cake pops without frosting, I found that every recipe emphasized the importance of it. Granted, frosting does makes everything better — who doesn’t love it? But I personally didn’t think it’s an ingredient that’s imperative to the recipe. All you need is something to make the cake crumbs stick together, right? That’s why I opted for a little bit of milk. Greek yogurt would work just fine too, considering it’s thicker and closer to a frosting consistency than milk is. However, I opted for milk since I added the yogurt to my cake batter and I didn’t want to overdo it with the yogurt. Maybe next time I’ll give it a shot! Turns out, the milk worked after all — the cake balls were super easy to roll up! After handling them, they will be a little warm, so it’s best to let them set for about 2-3 hours in the refrigerator. It’s important that they are cold for dipping.

The biggest challenge for me was dipping the cake pops into the white chocolate candy melts. I melted them in the microwave— there are directions on the package on how to microwave them without burning the chocolate. I expected the candy melts to have a slightly thinner consistency, however, it was very thick, so tapping the excess off was a tedious process (but so important to do otherwise the chocolate won’t dry on smoothly). To make the chocolate coating smooth, I tapped the cake pop on the edge of the glass while rotating the cake pop slowly. I also opted to do a half dip instead of a full because I wanted to show off the red velvet cake and I didn’t want to make the pops too sweet with the white chocolate flavor.

Store cake pops in the refrigerator for up to 1 week (if they will last by then!)

I’d love to hear what you all think! Did you use other flavors, colors, and decorations? Let me know! I’m looking forward to making more cake pops! 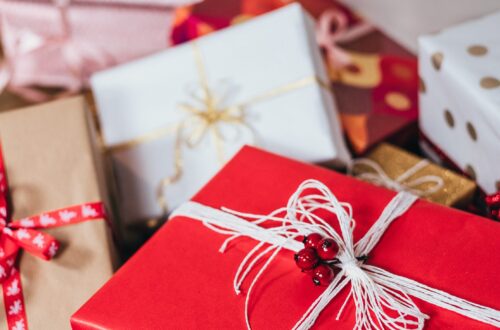 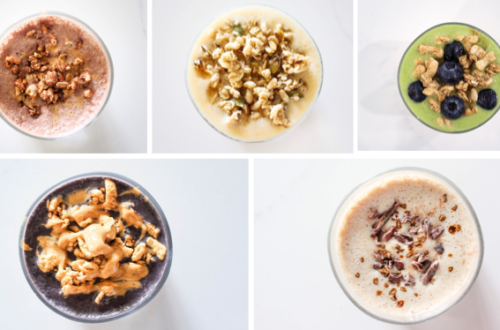 5 Delicious Smoothies to Satisfy Your Cravings 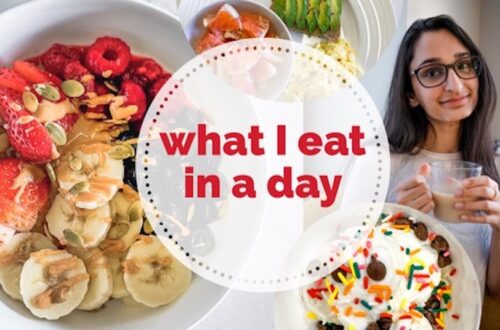 What I Eat in A Day! 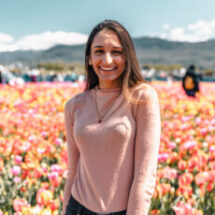 We use cookies to ensure that we give you the best experience on our website. If you continue to use this site we will assume that you are happy with it.ACCEPTREJECTPrivacy policy
You can revoke your consent any time using the Revoke consent button.Revoke consent